I dug through my box of new-and-not-yet-used items the other day and found one of my new dies from Simon Says Stamp. I decided it had to be used, so I made this: 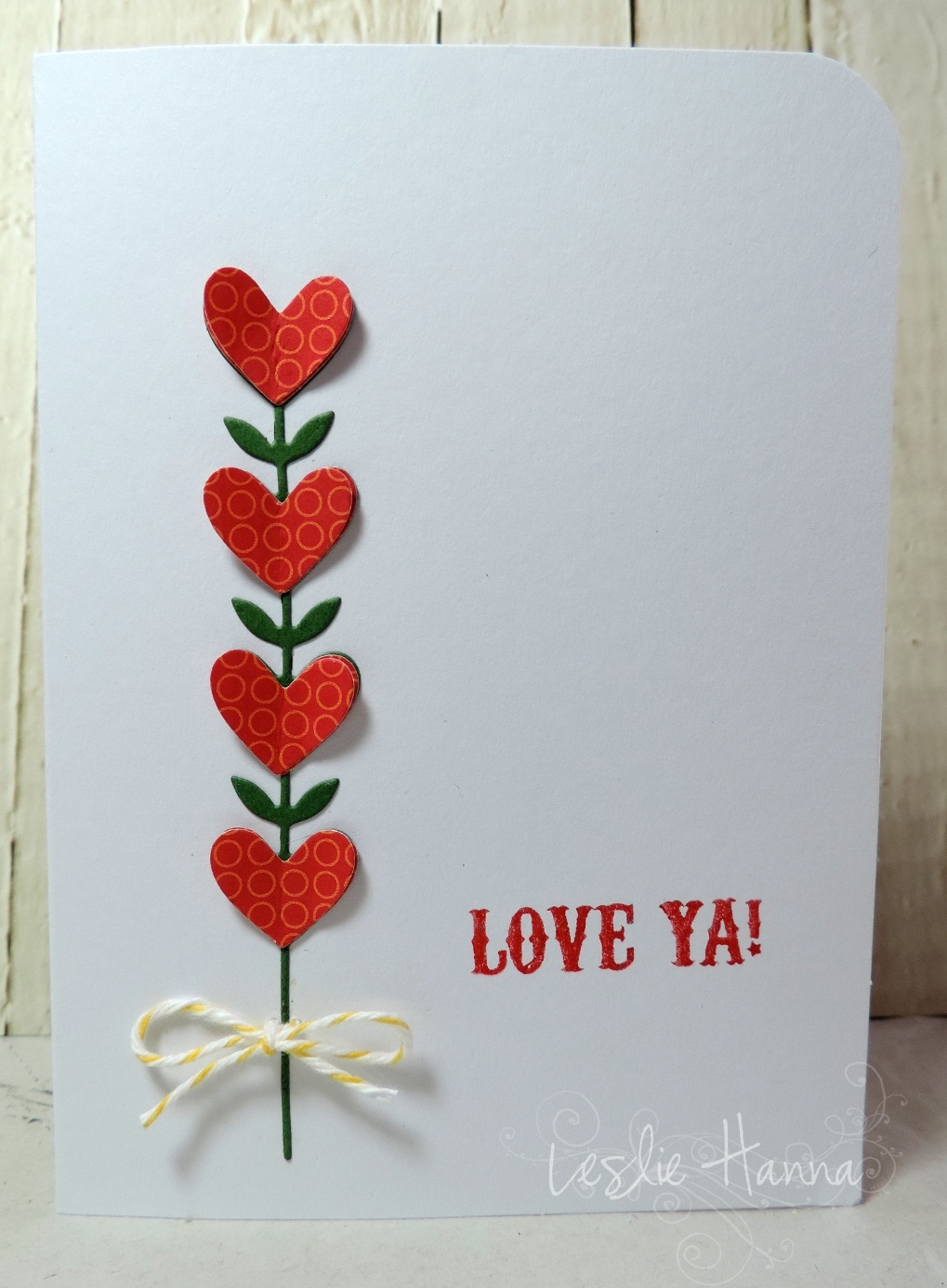 The die has two parts - a flower strip with the four hearts and a separate die with just four hearts. This makes it easy to cut out extra hearts for layering without dealing with the stem part. Nice.

I cut the stem out of SU Garden Green, then cut the four hearts twice (that's eight total for you math-a-phobes) out of a scrap of SU Poppy Parade DSP from The Heaplet.  I glued the first set to the green hearts to cover them up, then I folded the remaining hearts in half and glued down only the centers so the ends would stick up a little.

The sentiment is from the SSS Talk Bubbles set, and I colored it with a Poppy Parade marker.

I thought it needed something else, so I poked holes on either side of the stem and tied a piece of yellow twine. I don't know about you, but when I tie my bows they come out upside down. Instead of retraining myself to tie them differently, I just turn the card upside down and tie the bow normally. It works every time. :)