I've been collecting irreverence for many years, and among my stash is a small group of Art Impressions images. I finally broke out the cash-carrying Grandma and made this: 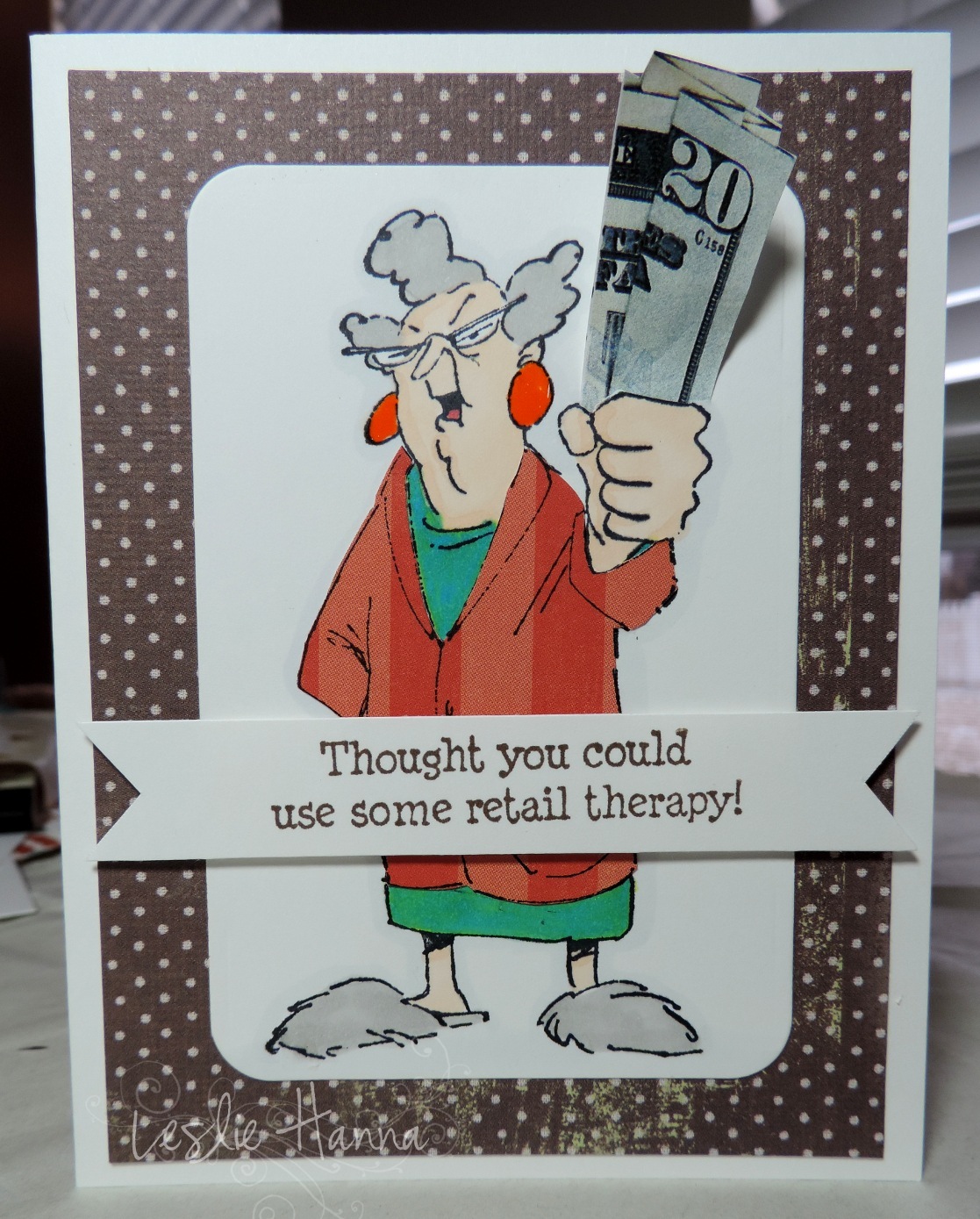 This card is a series of happy accidents, or maybe it's just how my world works. I had chosen that piece of orange-y striped paper from The Heaplet, and needed just the right color for her nightgown. The greenish color you see there is totally manufactured by indecision. I started with Copic Y13, and decided it was toooo yellow, so I went over it with BG34, and then it was tooo green, so I added some B04 to blue it up a bit. See? Totally manufactured.

Then, even though I'd used black in for the image and house coat, I pulled out a piece of brown dotted card stock, also from The Heaplet, and decided it would work for a layer under the image. Not only did I have to use brown ink for the sentiment, but the dots on that brown piece look (gah) pink to me! Well, at least it's outta here now, except for the 3 other pieces still in The Heaplet. Sigh.

And those earrings? I accidentally colored one of them skin color, so I had to color them both skin-color, then make it look like I meant to do that, so I covered them with an orange glaze pen. It's quite shocking and shiny.

Then, I realized my fake money is in a box in the garage somewhere, so I had to copy the stamp package to get the fake money to cut out and stick into a slit in the white layer. When I stuck the white layer down, I was careful not to get too close to the slit so the person who buys this* can just replace it with real cash.

* HAHAHAHAHAHAHA, I crack myself up. My Etsy store is dead (see that big white space in the right side-bar?) There is NOTHING in my store! I hope to fix that shortly, but still ...