I've managed to acquire waaay too much Washi tape, and I'm determined to use it. One of the lessons we had in the first part of the A Cut Above online class was to use things other than paper to cut. Last week I posted this card for my SOS challenge where I die-cut a shape out of paper covered with ribbon. I used that same idea with my Washi tape today. I used these three tapes: 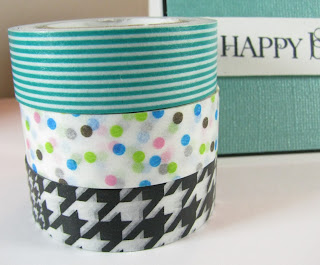 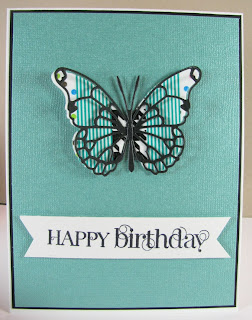 Here it is up close so you can see the detail and the shine of the Bazzill background paper: 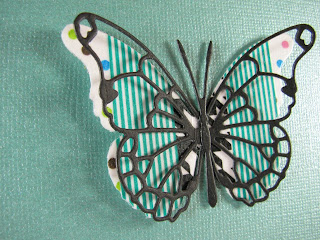 I applied the tapes to a piece of card stock, then die-cut them with the solid (Darla) die from Memory Box. I cut the detailed (Vivienne) die out of Basic Black, and also the body*, which is a separate piece. I only attached them at the center so there is more dimension, and less of a gooey, gluey mess. I know me pretty well, and that would have been a disaster.

I also switched the two outside tapes around and made this version: 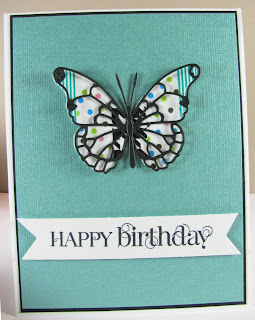 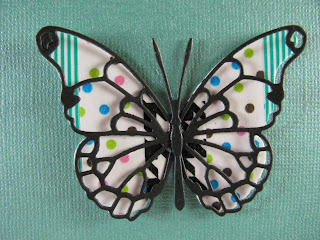 GAH! I left a piece of the detailed die-cut in the wing. Tsk tsk.

So, given the amount of tape I have, you'll be seeing this technique again. And again.

* It's probably good no one can hear stampers talk out loud to themselves while they work. Why, just a little while ago I was asking myself where I put the bodies. Um ... yeah.
Posted by Leslie Hanna at 5:47 PM