I played the new Jingle Belles challenge, and this week it's ... wait for it ... a sketch! Yep: Sketching in a Winter Wonderland: 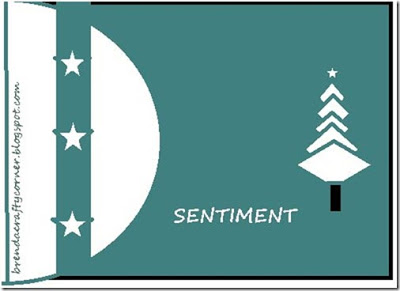 As soon as I saw that half-circle, I knew what had to be done. I had to break out my MFT High Tea Party Doily die. The giant one. The one that's so detailed it has its own release tool. Yeah, that one. I got it before the metal shim plate was invented, and I just didn't have the patience to shim the thing with card stock to get a good, deep cut, so I've neglected it. UNTIL NOW! Lookie: 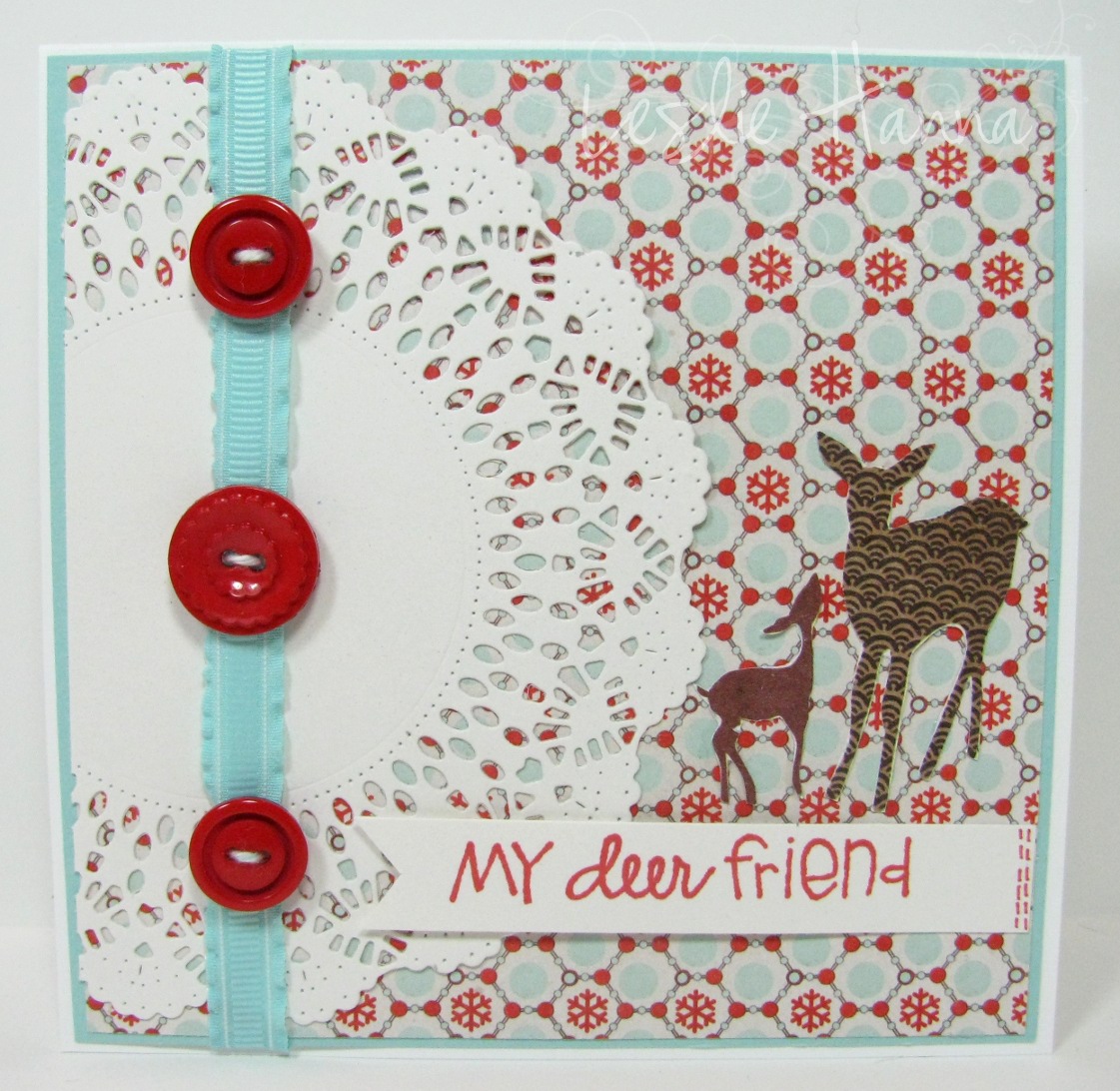 I used the metal shim when I ran it through the Big Shot, and I used the release tool I got when I bought the die to get all the teeny tiny bits out of it. I cut it from SU Shimmer White, and you're gonna have to trust me on that one since we know I'll never be able to prove with with my crack photography skillz.

The pretty paper is from the North Country paper pack, the blue layer is SU Pool Party, and the base is Ellen Hutson Linen card stock.

Buttons are from my Red Button jar, the sentiment is from an oldoldold Cornish Heritage Farms Kim Hughes set called Christmas Critters, and the deer were cut out from one of the papers in the North Country pack.

I actually sewed those buttons through the card by punching a hole with my paper piercer under the Pool Party ribbon and, with needle and Pool Party twine, I stitched up and back down, and knotted each one behind the blue card stock layer. They aren't going anywhere, and neither is that ribbon.

There's something oddly refreshing about making a Christmas card in February. :)