New Challenge On The Block

There's a new challenge on the block: The Cameo Spotlight. Today they posted their first challenge: Summer, and we're supposed to use our Silhouette Cameo or SD to create a card. 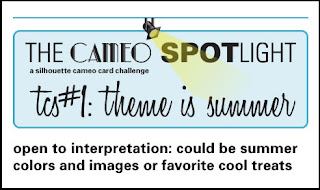 Well, I'm not big into Summer as a theme, but since the challenge is officially open to interpretation, I went with sunny colors and made this: 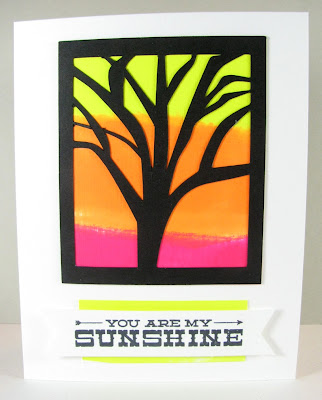 Yes, again with the neon. Hey, they're still out. ;/  This tree is one of the first custom designs I made when I got my Silhouette Cameo. Now that I've had a lot more training, I'd probably have an easier time creating this, but it's done, and it still works. :)

One note about the yellow rectangle behind the sentiment: I was going to make it a full layer under the banner, but the measuring and cutting was making my head hurt. I really only wanted it for contrast, so why not just ... give it some contrast? I am so lazy.

Okay, I'm going back in for more! Thanks for stopping by!
Posted by Leslie Hanna at 12:53 PM