A Sketch + A Silhouette

Happy Weekend, everyone! Whoot! I loooove Friday evenings. The weekend stretches out ahead of you and the possibilities are endless. As most of you know, I've gotten into the habit of printing off a bazillion sketches and challenges each week, and I sometimes even DO a few of them. I hope to get very stampy this weekend and work through my pile of ideas.

For starters, I went into The Captain's Quarters with the intention of doing this week's City Crafter Challenge of Back To Black, which is to use a black silhouette somewhere on your project. It HAS to be black. I was going to cut out something black using my lonely Silhouette Cameo, but then I stopped, because I have the remains of a package of black rub-ons I opened for a card I made last weekend, and it would be way better to use those than to cut into virgin card stock, am I right?!

A sketch ... I needed a sketch to get me started, so I pulled out this week's Skipping Stones Design's sketch: 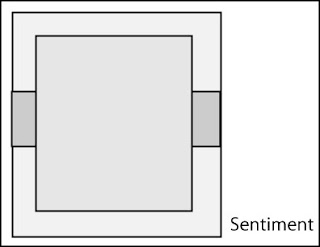 (Did you see I WON last week's sketch challenge?!?! I DID! Still pinching myself! :D) Ahem.

So here's my card for the aforementioned challenge combo: 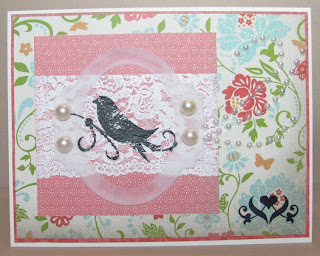 I'm quite proud of the stash I used here. First, I opened and used some of my hoardlet of the upcoming SU SAB papers. I love them. I opened and used a new stamp from Kaiser Kraft - it's like a lace border, and I stamped it in Versamark on that piece of pink-ish paper and heat-embossed it with Winter White EP. (That's my horizontal sketch element.) Next, I opened and used my MFT Cameo die and cut it twice out of heavy-weight vellum. (Everything else I tried there, and I tried mightily, let me tell you, covered up too much of the lace, so vellum it was.) Oh, and that cameo frame is the center panel of the sketch. The bird is my silhouette element for the City Crafters challenge. The four big pearls are from my old SU Pretties kit, and they hide some of the adhesive I used on the vellum. Vellum and I are not friends.

I was going to put small pearls around the rest of the cameo frame to hide the rest of the adhesive, but I thought it might be too much. Instead of the sentiment for the SSD sketch I used an ancient rub-on from a pack I recently discovered while moving things around. ("cleaning" is such a strong word)

Then the right side looked nekkid, so I used some strips of pearls and created a flourish of sorts to fill it in.

I shall dive into my remaining pile o'sketches with gusto on the morrow. Tonight I need sleep.