[For my Sisterhood of Snarky Stampers card, please click here.]

Some days it's just not worth getting out of bed. At least that's how I felt Friday night after I'd spent hours trying to make a card, and none of my ideas worked, so I got more frustrated, but because I'm so stubborn I wouldn't give up, so I kept trying different things, and I finally left in a huff with two cards, neither of which were what I wanted, but are passable. Do you have days like that?

This all started when a friend stopped by and left a few Newton's Nook cat sets she'd recently acquired. I immediately colored up these guys: 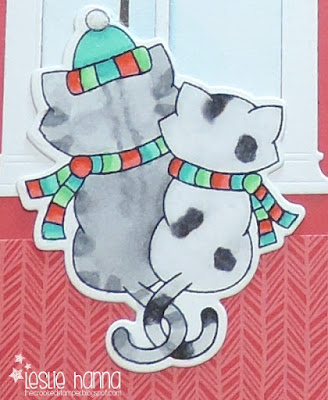 I thought I'd have them looking out a window, so I die-cut the window. Then I changed my mind and opened and used my Lawn Fawn Cozy Christmas set to make them sitting in front of a fire place. I opted to not use the Flame image included with the set, and instead opened and used my year-old Poppystamps flames and logs dies, and colored the flames with Copics. I liked all the dimension. 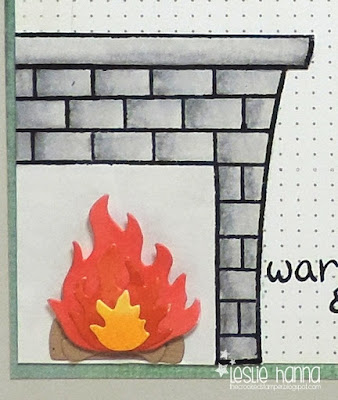 I only stamped part of it, because the original card it was on had a strip of pretty holiday paper down the left edge. I only forgot to mask it once when I stamped. ;/  Nice flames though, eh?

You'll notice I said "the original card". That's because I found the cats completely covered the flames. I just cut out the fireplace to try to repurpose it.

Eventually I admitted defeat and made two cards from the parts-is-parts I had. I went back to my original idea for a window and this is the cat card: 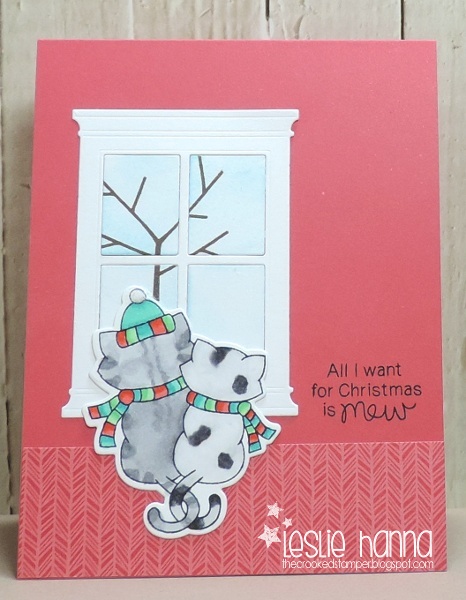 I put a piece of Lawn Fawn paper across the bottom as the carpet to ground the little guys. On a scrap, I laid down the window, added some sticky in each opening, and replaced the panes. I removed the window, colored the panes with Tumbled Glass Distress ink, then stamped a Paper Smooches tree over them. After I stuck the window to the card, I just placed the rectangles in the openings and I had an outdoor scene. I like it when something works, and this might have been the first thing yesterday.

The cats were placed so they looked out the window. I suppose I could have hunted for a teeny bird to sit in the tree, but I was pretty sure at that point I'd destroy the card, so I didn't.

The fireplace ended up here: 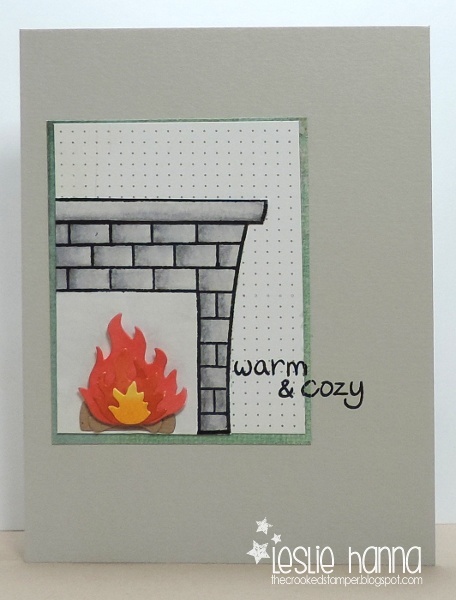 You may have noticed the top edge of the green layer is smaller than the other three. It actually started out the same size, but I thought I was following the current Friday Mash-up sketch: 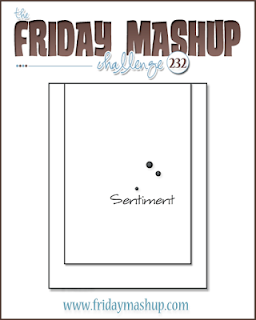 so I trimmed it down. It turns out I only followed the sketch for the small panel, and not the whole card. I'm pretty sure this would disqualify me. Now I'm sad I trimmed the top edge. :(

So yeah, I was defeated at that point, and chose to call it a night. Hopefully I'll have better luck next time.

PS: It's not that I don't like how these turned out,, but they are so far from where I started, I was just a bit perturbed. I'll get over it. :)