This weekend I'm at a crafty retreat, and I have big plans. I have several specific cards I want to make (one is already done!). After that, my goal is to use as much of the "it's new, so USE it already" basket I brought along.

Also, I am not a colorer, but I've colored for my first three cards. So I've changed my claim to say I'll color an image, but I won't do a coloring book.

Here is the first card I made: 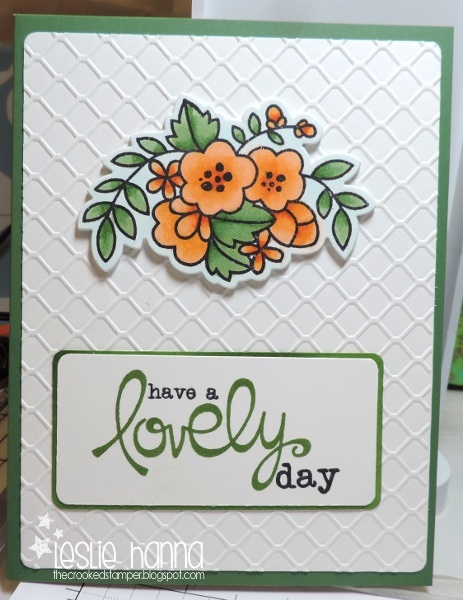 I love this Paper Smooches set. I die-cut three or four of them, colored one, then stacked them up. The white background was making me itch, so I used an embossing folder that sortof looks like a trellis. Subtle, but it helps me deal with the white.

My second card took me forever, but I love it, even if it is cute. 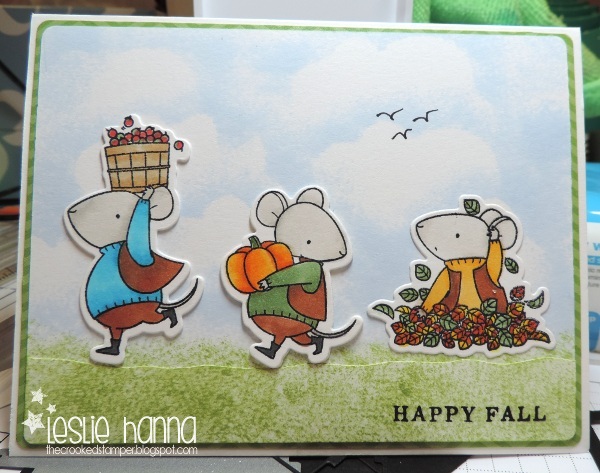 The design was totally inspired by another card I saw while blurfing, but she only used the first two images. I thought if the second guy was looking over his shoulder, there should be a reason, so I added the mouse that's playing in the leaves while his buddies are working.

My sponging sponge is AWOL, so I used a paper towel to sponge on the clouds and grass.  The texture from the paper towel is fun!

I have 1 1/2 more cards done, and I'll share them later. Hopefully I'll have many more to share over the weekend.

Stuff I used: Please ask me if you have questions. Inlinkz is having a hissy fit this morning. :(