I was in challenge mode yesterday and cranked out a few cards. This one is for the current Freshly Made Sketches sketch: 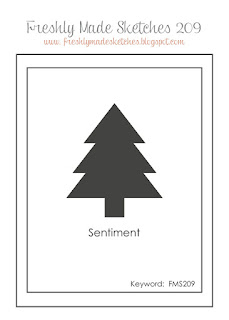 My initial instinct when I see a sketch with a specific shape or image is to not use that image. I like to change things up. But this time I decided to use a tree die, and one that gave me fits the last time I used it. My memory is pretty bad, because the die gave me fits this time, too. ;/ 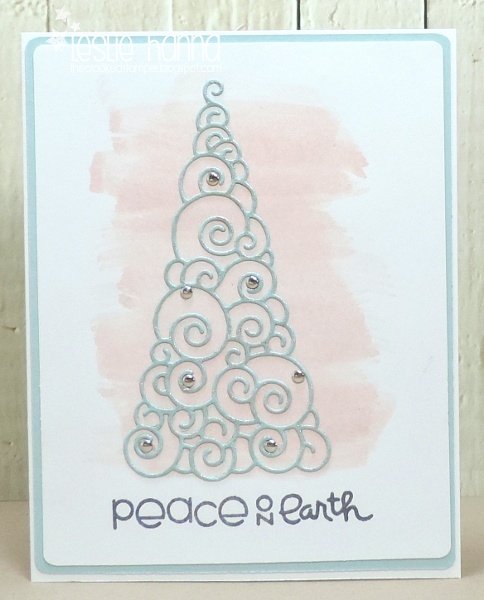 This is a Memory Box die, and the last time I used it, it jammed my Big Shot. These are things that are tough to forget, and probably why I haven't used this die since then.

First I tried cutting some pretty blue glitter paper, but the die wouldn't cut all the way through. I added the metal shim to my sandwich and tried again ... nope.

Plan B: die-cut some light blue card stock, then make it shiny, which is what I did, but not without some pain and suffering. The first one I cut came out after I included the metal shim in the sandwich, but it's so detailed, the thought of applying adhesive to the back of it made me a little ill, so I tried a few more things, including double-sided sticky paper, and they all failed me. I ended up using the first shape I cut out.

Shiny. I need to make it shiny. I colored it using a newly-opened clear Wink of Stella pen, and the shiny was pouring out of it. I have glitter everywhere. You'll see the results in a moment.  I was going to emboss it, too, but decided enough was enough.

Once it was stuck down, it still looked nekkid, so I added some Hero Arts Metallic Decor that hangs on a hook on my desk lamp.

Here is a photo where I attempt to show you the shiny: 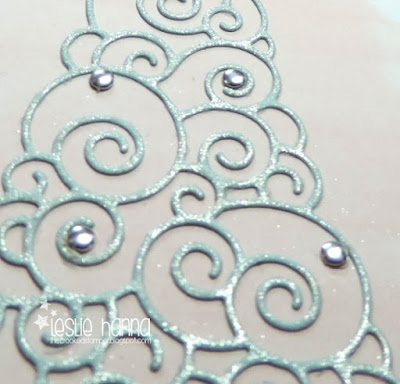 All that stuff that looks white? That's clear Wink of Stella. I told you it came pouring out. Don't squeeze too hard when you start up a new pen ... you've been warned.

The sentiment was stamped in Memento Luxe Gray Flannel and clear-embossed.

The die has been returned to the Holiday Stuff drawer, perhaps never to resurface.