This week's challenge over at Jingle Belles Rock is "Christmas Past", and to use something vintage, or with a vintage feel, or something old, or whatever. Well, you know me: I lack the vintage gene. You'll notice it's Wednesday, which is the deadline for posting. Ugh. *shakes fist at The Belles*

I was going to use an old BINGO card as my base (it's old, right?) but as I rummaged in my stash of papers looking for the 7 Gypsies papers I used a while back, this piece of paper fell off the pile on the shelf: 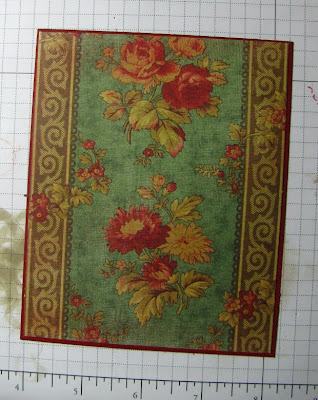 It's from a pack of DaisyD papers RuffHaven enabled me to purchase a few years ago, and ... what part of hoarding has not been clear?

So I decided it looked vintage-y, and after 3 or 4 failed attempts at selecting just the right red, I decided it needed a Cherry Cobbler layer. Check.

Then I turned it over: 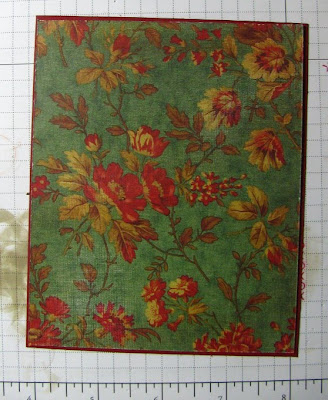 Oh, dear. I liked that side, too. A short dilemma, a few chewed nails, and I decided to go with the first side.

Now what? (Psst: this is why I don't do vintage.) So I rummaged for some lace and found a pack of HA self-stick lace strips and added this one: 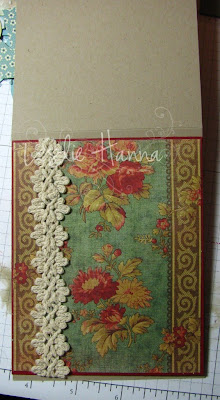 A little busy, but I kinda liked it. Then I got stuck again. I thought the paper was too busy to add much of anything else, but what about a focal point? What about a sentiment? What about something to make it look like a Christmas card?!?!??!?!!? Sigh.

I rummaged for sentiments. I chewed another nail. A BIRD! It needed a cardinal! So I took out my SU bird punch and added a bird: 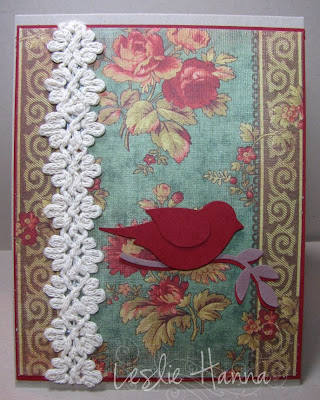 I did a two-layer branch because (1) I punched the red branch with the bird and the wing, (2) branches aren't red, (3) the brown branch disappeared into the paper, and (4) the red branch added some contrast/shadow/whatever.

Now what? I was running out of finger nails, so I made an executive decision that the card was finished. Well, the outside of it was, anyway. Next, I did something that I almost never do: I put something on the inside of the card. Lookie: 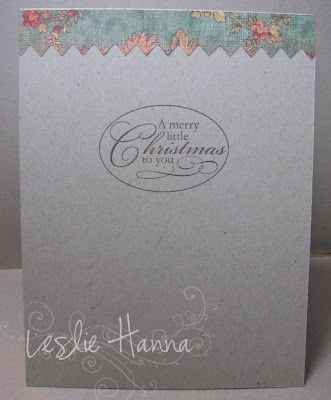 The top strip of paper is a trimmed edge from the piece on the front. The sentiment is SU.

Not bad for under 30 minutes. And it's Wednesday morning, so I made the deadline, too! Yay, me.

Thanks for stopping by!
Posted by Leslie Hanna at 6:00 AM