I am sooo far behind with my self-imposed challenges. Sooooo far behind. So many ideas, so little time. So (so so so so do you say "so" much? ;/) today I am determined to do some catching up. For starters, I did Tiff's Sketchy Sunday challenge this week! I KNOW! 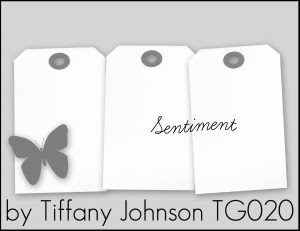 and here is my take on her sketch: 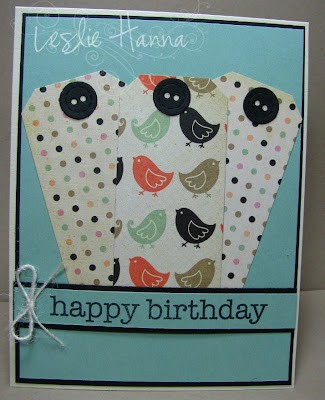 The first thing you should notice (besides the crooked shot and bad lighting - I actually hope you're ignoring those things by now) is my card orientation. You see, the people that made my card rack assured me the slots fit A2 cards both vertically and horizontally. They lied were misinformed, and therefore, so was I. So, given the opportunity, I will orient my cards so my customers can actually get them out of the card rack to look at them and hopefully buy them.

The papers I used were from my stack of new-and-not-touched papers, and I do love them. I used a retired SU punch to cut the corners and a Sizzix die to cut the black buttons.

The card stock colors are Sage Shadow (hoarded) and Basic Black. The sentiment is one I opened from my "bag of purchased and never used stamps", and yes, I am very proud. I really like this very basic set of sentiments from HA.

I've cut more of the patterned papers, so I'll make 4 of these cards total. I think it's a nice basic birthday card.

I also took the time to catch up on two previous Sketchy Sunday sketches I printed but never got to. First up is #18: 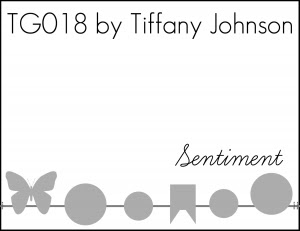 and my take on it: 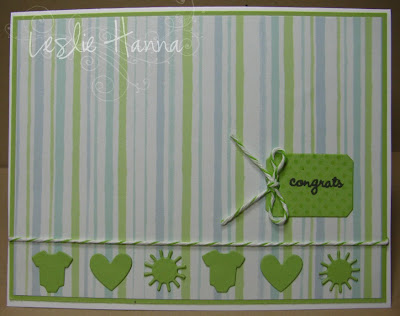 I rummaged through my collection of miscellaneous "maybe baby" papers and selected this striped one. The dies and sentiment are from one of my new MFT die sets that I just opened and used.

Sad story: I started out with the star die, but when I realized I had cut the wrong color green (sigh) I found the correct green and when I went back to my Big Shot, I heard a little "plink" and the star die was gone! I have searched everywhere for it, but it's hiding really well. So no, you don't see the star here. :(

So anyway, I decided this layout would be perfect for using these teeny dies, and it is! I tried putting them over the twine, but they are just too tiny, so I put them below instead.

I like the simplicity of this card, and that the "white space" is all stripey. :) 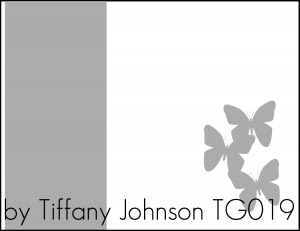 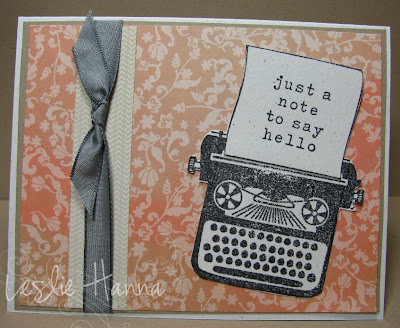 I used the HA typewriter where she has her flutterby element. There, I've open it and used it. It comes with three sentiments - here are the other two: 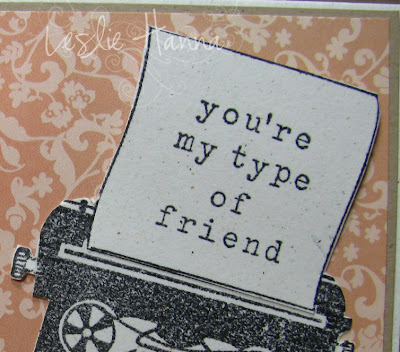 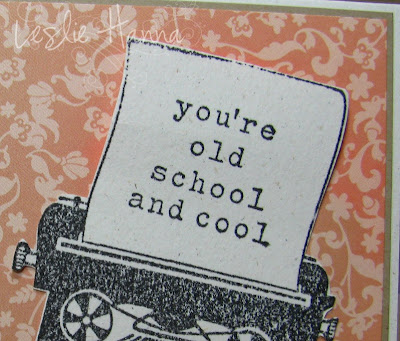 I'm kinda partial to that last one. It reminds me of the "You're not old, you're retro" sentiment I have.

Those are my three catch-up cards for the Sketchy Sunday challenges. I'm going to go link them up, then I have a few more cards I've made that I'll post later.

PS: Yeah, I know the second two cards I made are horizontal, not vertical, but I never learn. ;/ These will just have to go into boxes instead of the spinner rack.
Posted by Leslie Hanna at 2:07 PM