Well, since I'm posting this, apparently I've survived The Rapture. Someone on Twitter just asked if there were any good "After Rapture" sales today. Too funny. 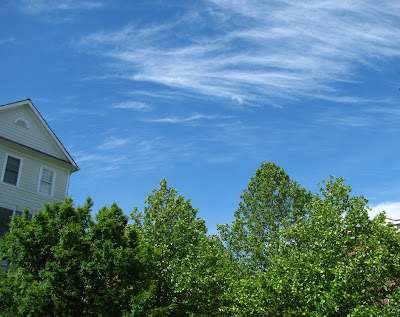 ... and a perfect day for the market. Unfortunately, it was an all-around slow day sales-wise, which we attributed to soccer games, gardening, Rapture planning, and maybe the phase of the moon. We have slow days and busy days and there really is no way to predict what the traffic will be. One day it was pouring rain, and people ran in with their umbrellas to buy tomatoes. Go figure.

Let's review the veggie offerings. First we have 'mater plants: 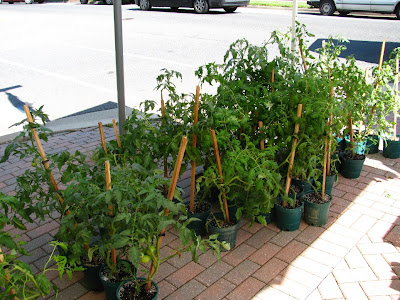 Lots of these sold. Next up: the tomato table: 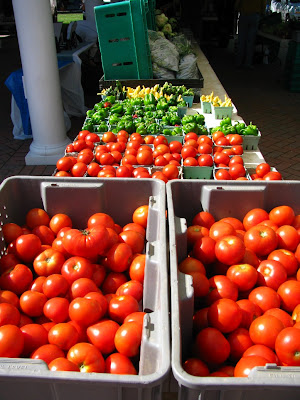 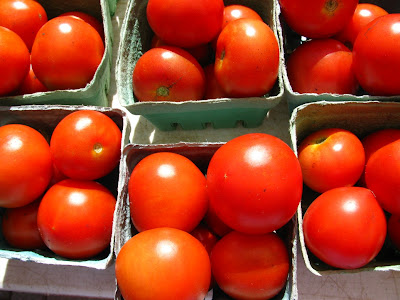 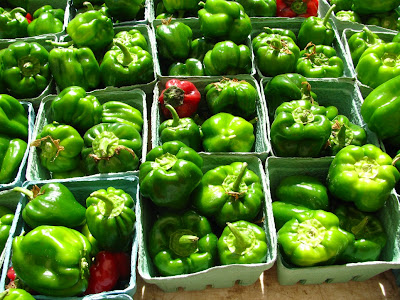 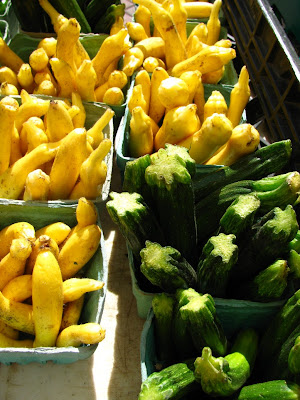 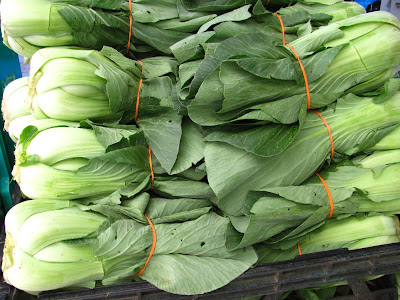 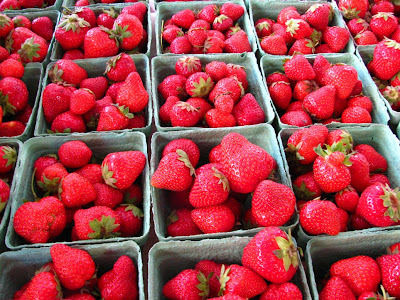 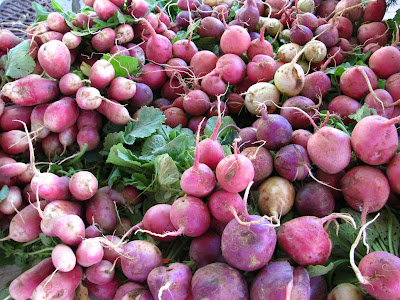 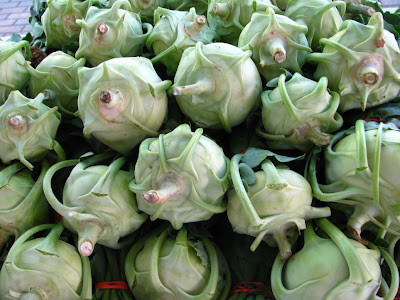 He also had some chives and arugula: 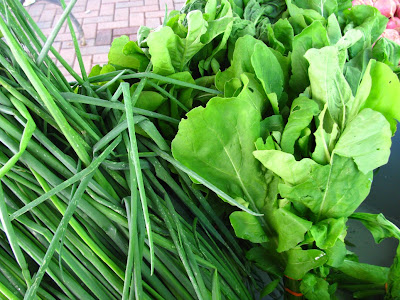 and some dill and parsley: 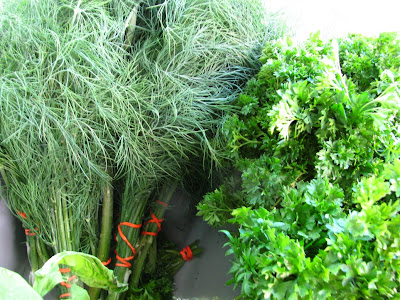 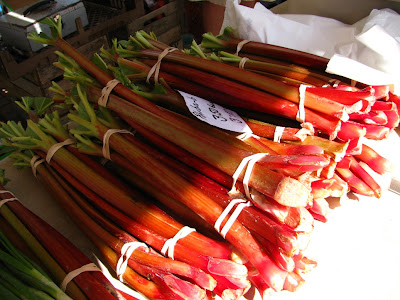 Lots of annuals at the flower tent: 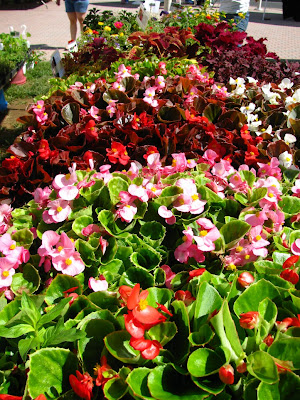 And for the doggie portion of the show, we have these two fellas: 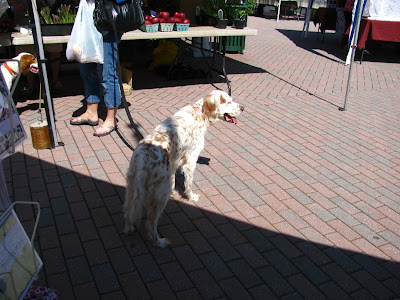 and this SIX WEEK old puppy (fuzzy, but adorable): 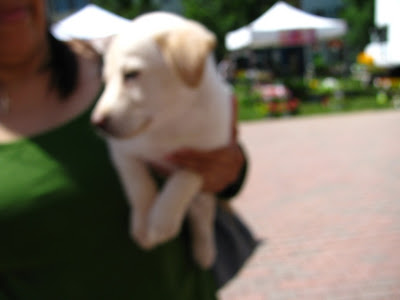 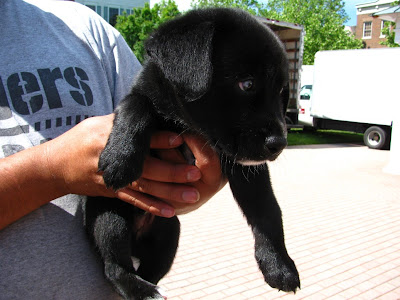 They have 6 puppies total, all promised to new homes.

This is a Golden Retriever + Cavalier King Charles Spaniel + Poodle. I think he said Golden Cavadoodle. SO CUTE! 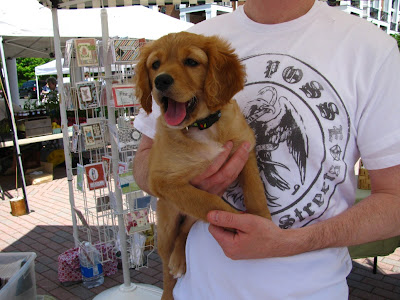 Curly hair on the ears! 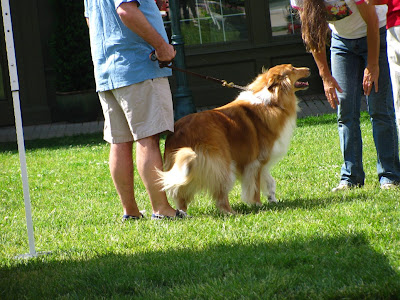 Check out the black stripe on his/her tail: 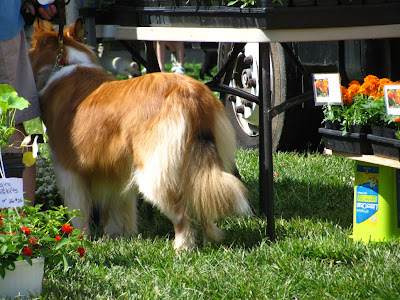 This little guy was hovering under the tables: 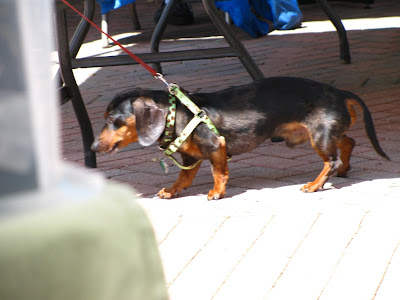 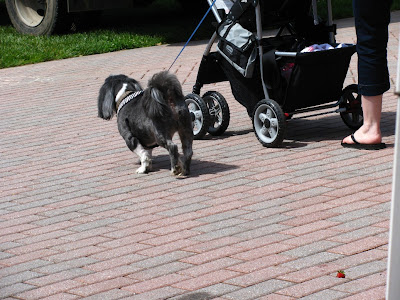 Then this handsome dude walked by: 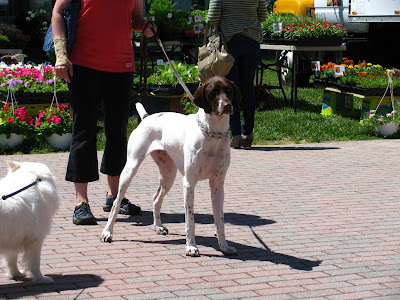 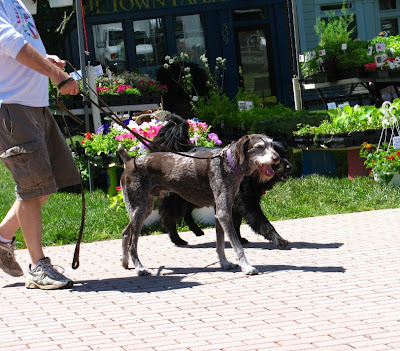 Check out that beard on the dog!

There were a lot more dogs that came through, but most of them were either moving too fast or I would have had to stalk them to get a photo, so I chose not to.

One other excitement: this car was parked on our block: 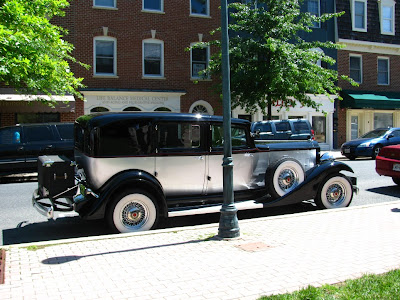 It's a vintage Packard. Isn't it pretty? Here's a shot without the light pole: 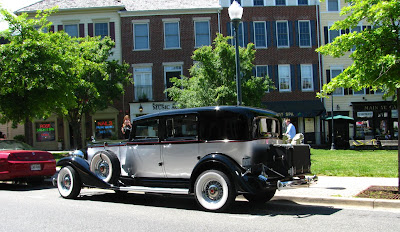 We have no idea to whom it belongs, but it was quite the attention-getter all day.

That's it. Sales were very slow, even for the farmers. I got sunburned because my tent has no side panels. I'll fashion some next week so I don't die when it gets REALLY hot later this summer.

I hope to spend today catching up on some challenges, so maybe I'll have something crafty to share with you later.

Thanks for stopping by!
Posted by Leslie Hanna at 8:06 AM