During my recent crafty play date, I played (hahaha) with a borrowed Clock Shaker Card die, and I made this: 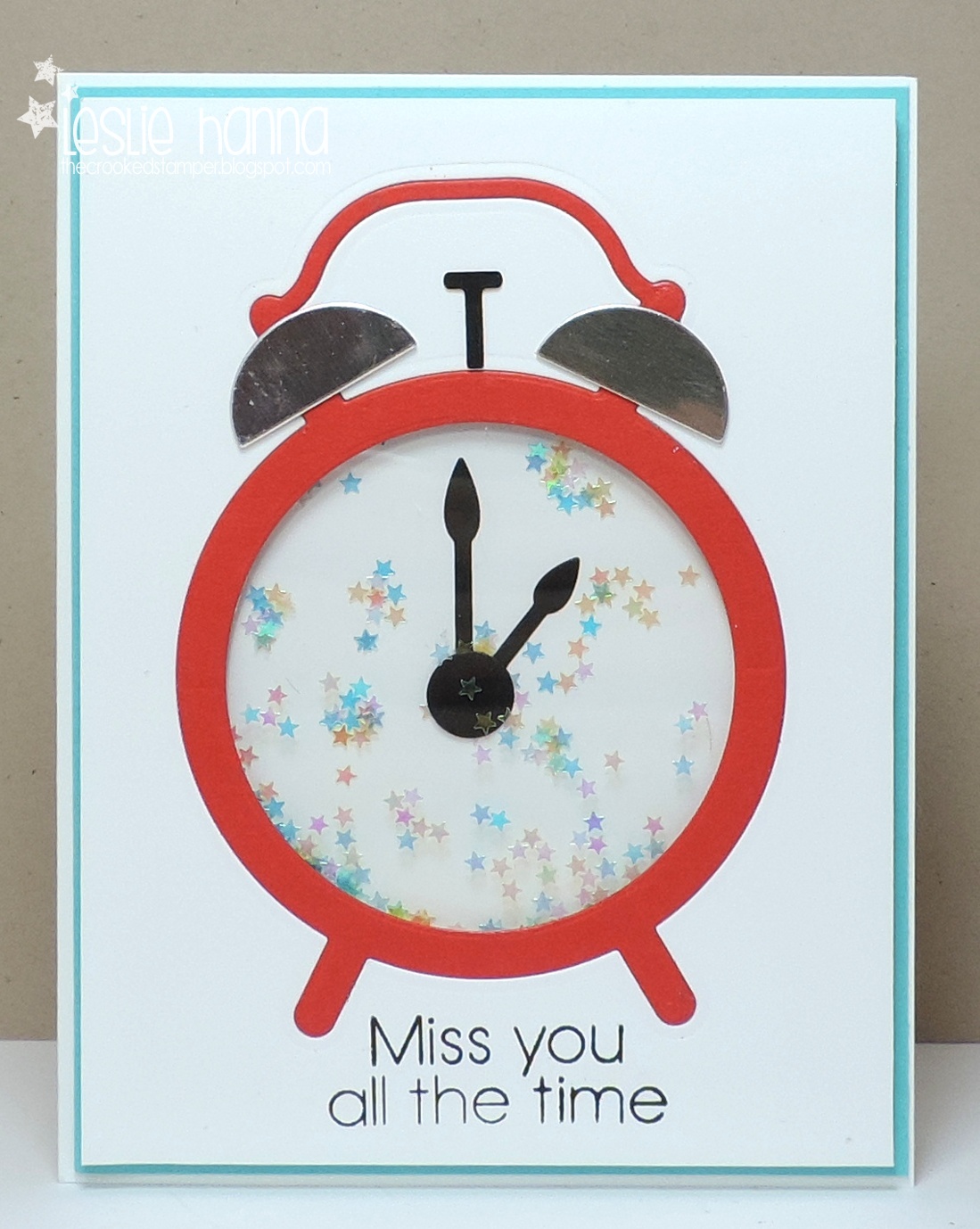 First I die-cut the clock out of both red and white, trying to get the die mostly centered on the white panel. I cut a piece of acetate just smaller than the white panel and stuck it to the back. Then I added the red clock and the white piece at the top (under the handle) to the front of the card, sticking them to the acetate.

Next I cut a piece of white fun foam just smaller than the white panel, cut out the center to expose the clock face, and taped it to the acetate with Tombow extreme adhesive.

I cut another white panel, added the clock hands, and glued on a few pieces of glitter. With the card panel face down, I added some more glitter hearts & stars to the hole in the fun foam, then glued on the white panel to seal it all up.

After that, I didn't have to be careful of all that glitter, so I mounted the thing onto a teal/green layer and put the whole thing onto a white card base. I stuck on some bells I'd cut from foil paper, and the "T" thing (for shutting off the alarm).

I knew I had the perfect sentiment at home in my Hero Arts All The Time stamp set, so I added that after I got home.

The colors I used here, including the blue & yellow glitter hearts and stars were based on the still-current Always Playing With Paper challenge: 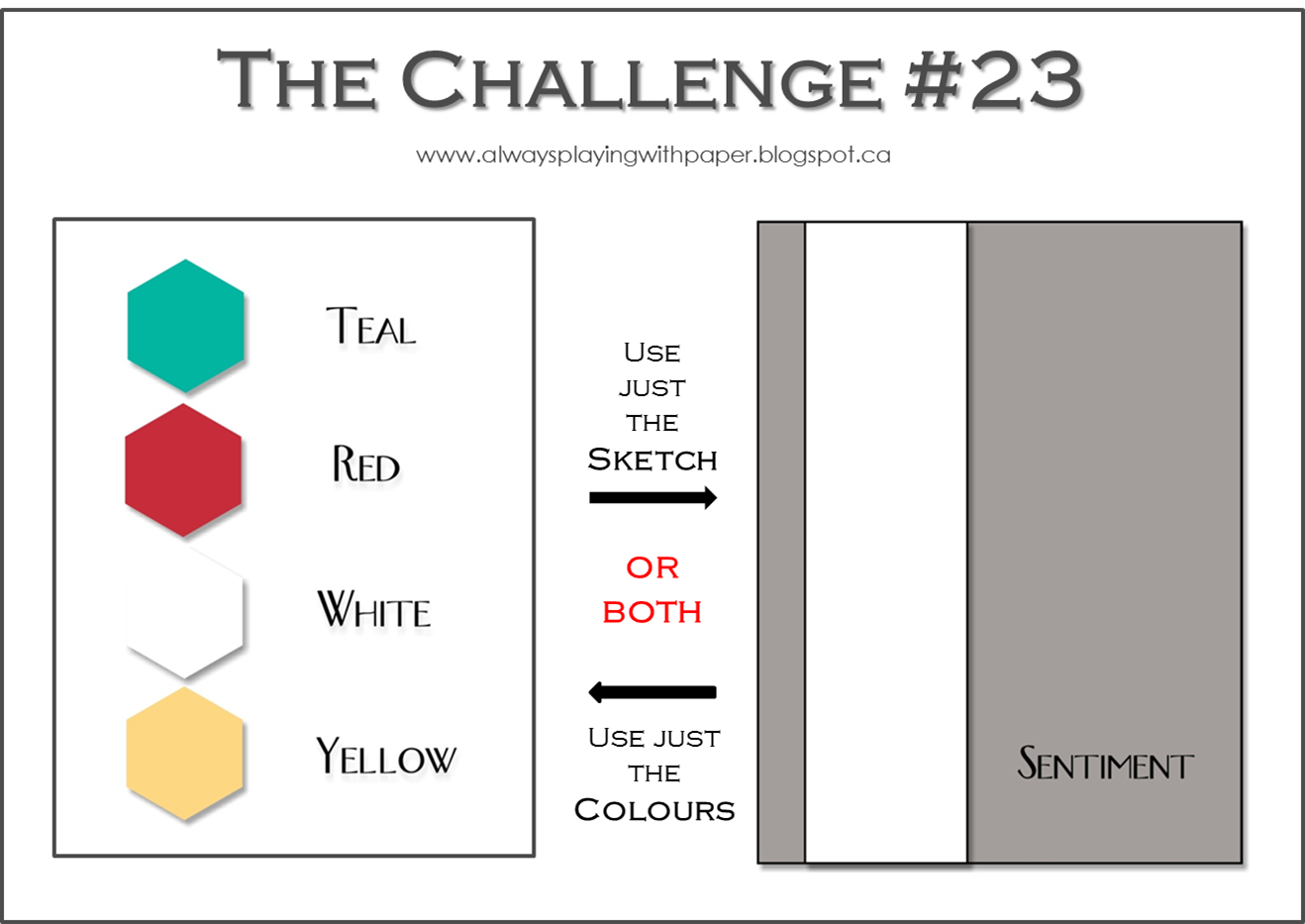 While I was making this card, I muttered that it would be cool if there was (were?) a coordinating clock face to use with the shaker die. And THERE IS! The Hero Arts All The Time stamp set has a clock face with Roman numerals, so after I got home I made this version: 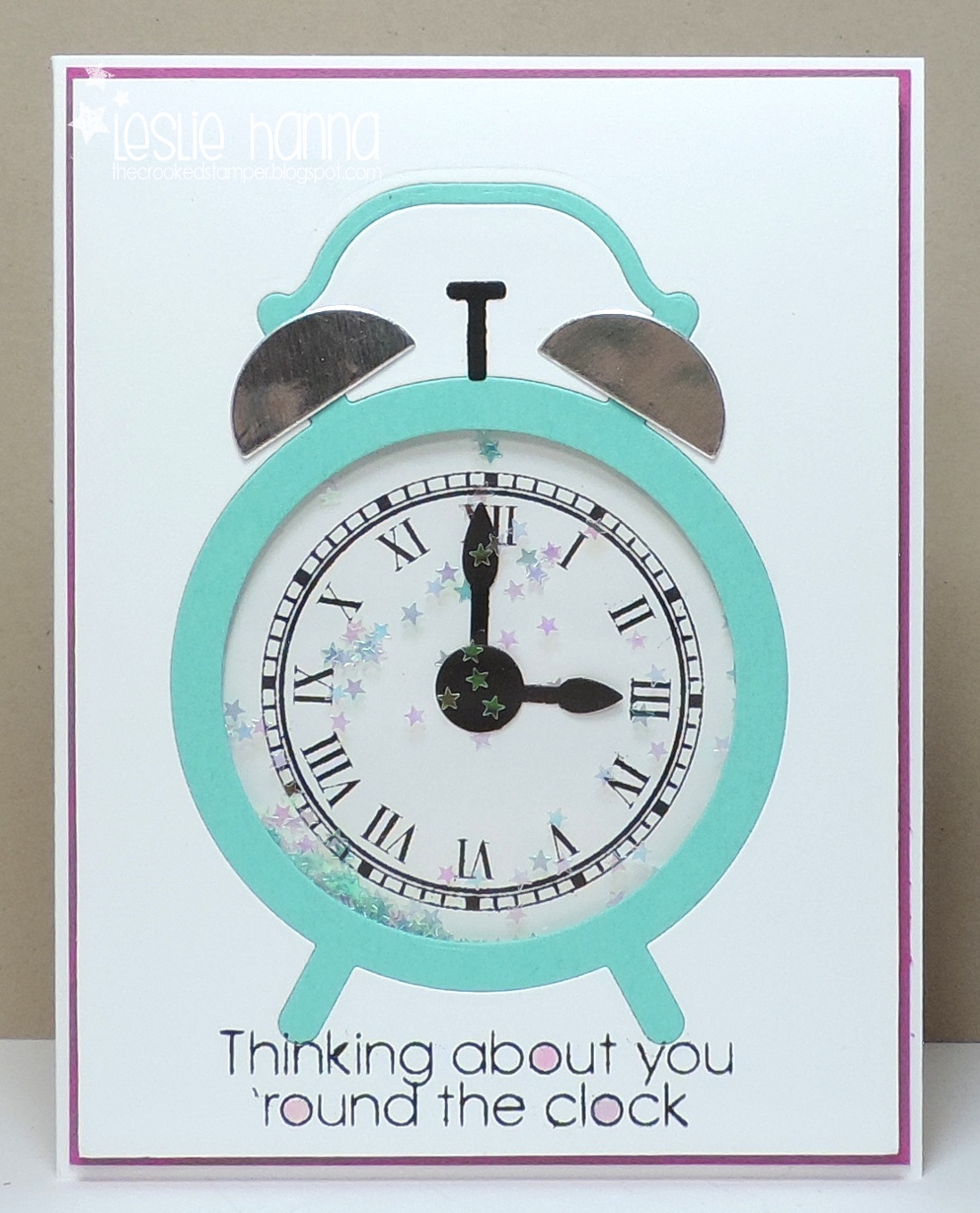 The story of this card is mostly the same as the first one. I did have to trim down the clock face hands since the stamped circle is smaller than the opening of the die, but I like them stumpy like that. I think the stamped clock face makes a huge difference in the look of the shaker.

The fun thing about this version is I only put in blue and iridescent glitter, but they still look pink or red depending on the light. The hearts I stuck in the 'o's of the sentiment are actually pink.

I'm still debating if I need this shaker die or not. I'll have it on hand until next month, so maybe if I make a few more of these I'll get it out of my system. Maybe.

Thanks for stopping by!
Posted by Leslie Hanna at 10:56 AM